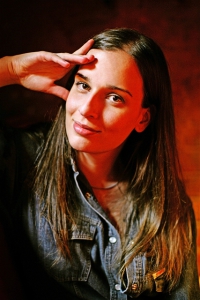 Hi, I’m Iveta. I am an anthropologist, food scholar, researcher, lecturer, and writer. I earned my doctoral degree in Anthropology at Charles University in Prague. My dissertation entitled Gastronauts of Eastern Europe: Experiencing and Digesting Luxury Gastronomy in the Czech Republic is a study of gastronomic experience.

I’d like to say that it all started with me tasting a madeleine like Marcel Proust in In Search Of Lost Time and that all of a sudden, while eating knedlíky (dumplings), it occurred to me that I might become a food scholar. Unfortunately, I did not eat my way into the topic. However, since I started my fieldwork in some of the best restaurants in Prague, I have evolved from a person who eats to live into someone who eats to think. 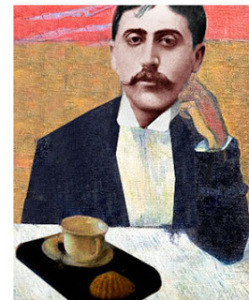 After high school, I first studied biochemistry but soon realized that my heart was not in it and decided to quit and apply to study “Religious Studies” (combination of comparative religion and history of religions) under the Philosophy study program at Charles University. I became interested in anthropology of religion and for the first time heard about the culinary triangle. When a teacher brought a rotting boar’s head to class to teach us the importance of the concrete, I was hooked. 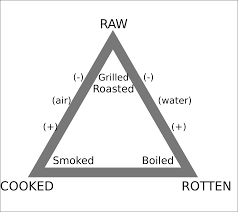 After I got my Bachelor’s, I went on to study Anthropology and in 2008 made the decision to do a research in a luxury restaurant. I thought that restaurant was a microcosmos, a miniature of the society where one could observe a whole range of human behavior and interactions. I wasn’t the first one to be fascinated by restaurant environment. Famous sociologist Erving Goffman used his observations of restaurants in his book The Presentation of Self in Everyday Life.

However many discoveries one makes, there will always be unknown lands in the world of restaurants.

The topics I began to be interested in included tipping practices, history of service work, waiters’ career trajectories, hospitality, interaction and economic exchanges, and I wanted to find out how socialism and postsocialist transformation of Czech society affected gastronomy, cuisine and relations within the hospitality industry.

In 2009, I started my doctoral studies and continued my research of luxury, hospitality and haute cuisine in the Czech Republic. For a period of 16 months, I conducted participant observation in two acclaimed restaurants in Prague and did many interviews with experts, professionals, foodies, customers and journalists. In 2012-13, I was a Fulbright-Masaryk Visiting Scholar at the Department of Sociology at Columbia University in New York under the sponsorship of Prof. Gil Eyal. While in the field and later in New York, I started being interested in food itself.

The title of my dissertation refers to Bronislaw Malinowski’s book Argonauts of the Western Pacific, which is a classic in anthropology. It deals with trading, economics and social structure among the Trobriand Islanders. What I am interested in is how “gastronoauts” of Eastern Europe (by gastronauts I’m referring to experts on gastronomy, professionals, foodies and others who are involved in the field of gastronomy) set out on their quest to experience, enjoy, digest and understand food. It’s such a huge topic that it’s beginning to leak beyond the dissertation. Whatever leaks, I will publish here at KnedlikyLeaks.